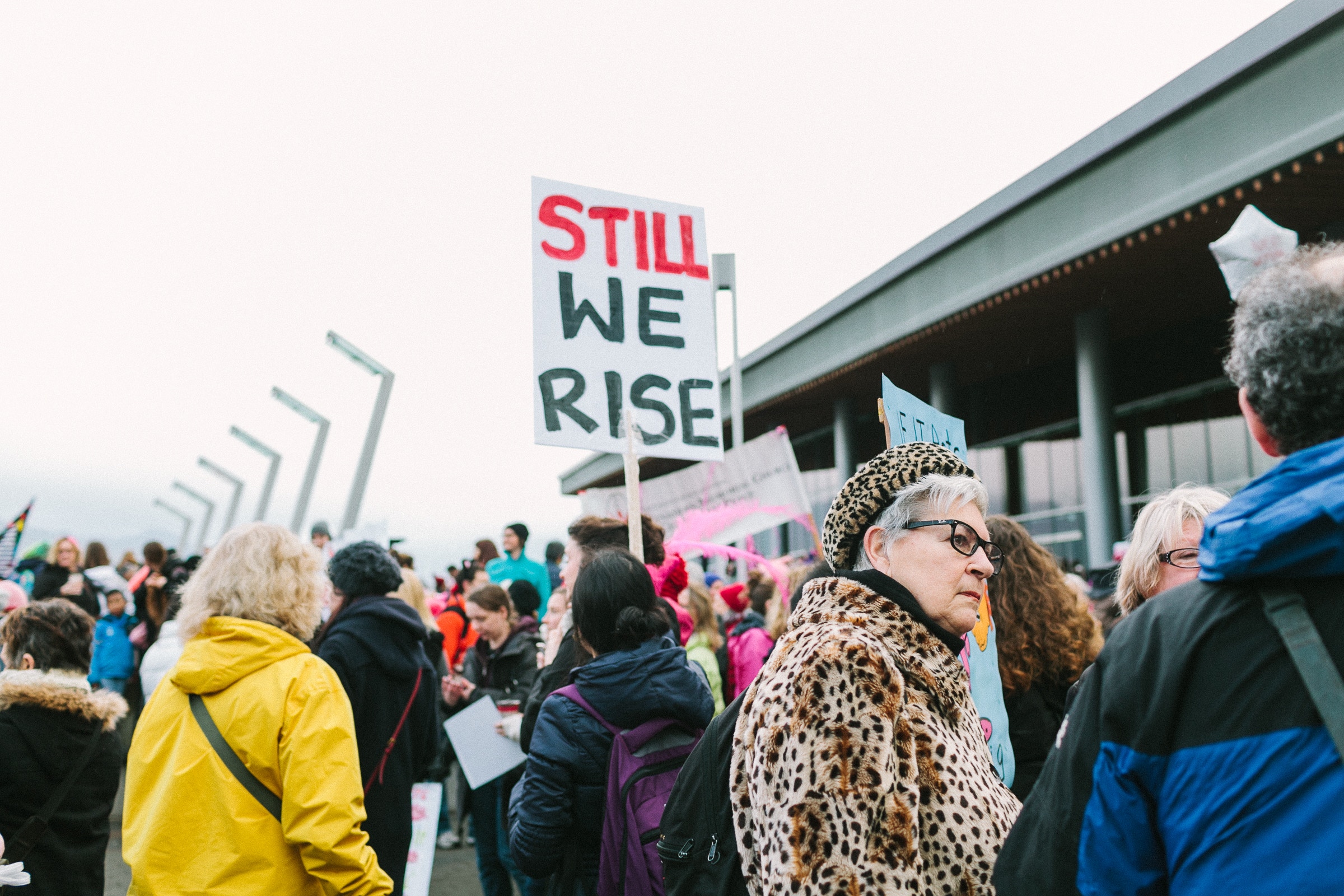 In Australia, we currently have a gender pay gap, that is, the gap between what men and women are paid for doing the same job. PriceWaterHouseCoopers Annual Women in Work Index (2016), which combines key indicators of female economic empowerment into a single comparable index for 33 OECD countries, found that Australia has continued to fall in the rankings as other countries have improved, falling back to pre-2007 performance in 20th place. Women are paid $83 for every $100 her male counterpart earns on average across the OECD (PricewaterhouseCoopers 2016, p. 3). Women who report being underemployed and unable to find more hours is also a significant issue with more than half a million women, or nearly a quarter of all part-time workers (PricewaterhouseCoopers 2016, p. 3) falling into this category. As the Workplace for Gender Equality Agency in Australia state, “women represent one half of the global population—they deserve equal access to health, education, earning power and political representation” (2016, pp. 1-2). In an ideal world, diversity in the IT workplace would be representative of women holding one half of IT positions and being paid the same wage for the same job.

In Australian IT workplaces in 2011, only 25 per cent of employed Information technology qualified workforce aged 15 years and over were female (Professionals Australia 2015, p. 4). This lack of gender equity is also found at Universities where the “gender gap in computing is getting worse” in both the United States (Accenture Research & Girls Who Code 2016, p. 2) and Australia. In Australia, domestic female enrolments in computing have declined” (Vivian 2015). While, in the U.S., the gap is not just low, it is lower than female participation in computer science majors in the 1980s. Statistically, in 1984, 37% of computer science majors were women, today, only 18% are (Accenture Research & Girls Who Code 2016, p. 3).

The aforementioned 2016 report by Accenture and Girls Who Code, found that universal access to computer science risks re-enforcing the prevailing gender imbalance in IT, and that exposure alone is “insufficient to increase the proportion of girls pursuing computer science” (Accenture Research & Girls Who Code 2016, p. 3). What they are highlighting is that the gender stereotypes around what kind of people study and then pursue careers in IT are so powerful that new ways of representing what IT is and how it can appeal specifically to girls and women need to be constructed. They suggest that the key to improving women’s participation rates are a three-fold education program which focuses on, “sparking the interest of girls in junior high school, sustaining their commitment in high school where early gains are often lost, and inspiring college undergraduates by reframing computer curriculums” (Accenture Research & Girls Who Code 2016, p. 3). They give an example of reframing curriculum with the University of California Berkeley, who renamed their ‘Introduction to Symbolic Programming’ course to, ‘Beauty and the Joy of Computing.’ This change of name resulted in women outnumbering men among the course attendees for the first time in 20 years (Accenture Research & Girls Who Code 2016, p. 14).

Societal representations of who does IT are critical, especially in younger women because if women and all categories of people for that matter, cannot see representations of themselves on TV and in the media at large, how can they aspire to become what they do not see? For example, in 2015, only 17% of the top grossing films had a female lead (Geena Davis Institute on Gender in Media 2016). A further breakdown of this data to explore women’s representation in STEM fields, found between 2006 and 2011, women made up only 16.3% of characters in family films and 21.1% of characters in prime-time TV show’s (Smith et al. 2013) which is an improvement, and on par with women currently working in the sector.

Outside of the pursuit of equality being a reason to cultivate diversity in the IT workplace, there are also economic reasons to cultivate gender diversity. The 2016 Australian business case for gender equality report highlights that, workplace gender equality is associated with, improved national productivity and economic growth, increased organisational performance, enhanced ability of companies to attract talent and retain employees, and enhanced organisational reputation (Workplace Gender Equality Agency, p. 1). Goldman Sachs & JBWere calculated that the rise in female employment since 1974 has boosted Australian economic activity by 22% and that a 6% increase in the female participation rate would boost the level of GDP by 11% (Workplace Gender Equality Agency 2016, p. 2). In a similar vein, the Grattan Institute estimates that increased access to childcare and tax benefits would act as incentives for women to enter the workforce and increase the size of the economy by $25 billion annually (Workplace Gender Equality Agency 2016, p. 2). Thus, showcasing that there are also distinctively economic reasons for increasing workplace diversity.

Further to this, the business case for gender equality report found that, “more gender balanced teams are better in promoting an environment where innovation can flourish compared to teams of one particular gender” (Workplace Gender Equality Agency 2016, p. 3). In an increasingly global world, innovation is crucial to remaining competitive both locally and internationally. This recognition has prompted an effort to get more women on company boards both in Australia and globally. A report by MSCI found that, companies who had strong female leadership generated a return on equity of 10.1% per year versus 7.4% for those without (MSCI 2015, p. 4). Interestingly though, a 2014 global survey of 21,980 firms headquartered in 91 countries, found that the presence of female CEOs has no noticeable effect on firm performance (Noland, Moran & Kotschwar 2016, p. 3) unless there are women in positions of power throughout the organisation, and not just one lone woman at the top. This survey also found that a transition from no female leaders to 30 per cent representation is associated with a 15 per cent increase in the net revenue margin (Noland, Moran & Kotschwar 2016, p. 16). Thus, highlighting the importance of gender diverse workplaces when it comes to creating innovation and overall performance.

However, this research is critiqued by Sonja Bernhardt, who argues that theories about a leaky pipeline (Bernhardt 2014, p. 75), in other words, women not having access to positions of power across organisations, and the idea that once women reach a critical mass things will change, are outdated. Bernhardt, highlights that “if 30% is the critical mass figure for women in ICT professions, then it is close to being reached in user support and operation technician occupations, and there should be evidence of culture change in these occupations” (Bernhardt 2014, p. 75). This culture change, as I have discussed has not occurred. As a result, she argues that these theories “ought to be cast aside” (Bernhardt 2014, p. 85) and we should instead focus on what individuals want. Despite this assertion, and the merit of an individual approach, I suggest we cannot simply separate the individual from the larger cultural and social contexts that they exist within, especially when it comes to gender diversity and the context of an IT workplace.

Accenture’s Getting to Equal 2017 report reminds us that “that today’s female university students in developed markets could be the first generation in history to see the gender pay gap close in their professional lifetimes” (Accenture 2017, p. 2). To ensure this happens however, they must makes strategic choices and learn more digital skills (Accenture 2017, p. 2). In addition to this, businesses, governments and academia must also provide crucial support. The report identifies three powerful equalisers to closing the pay gap and the IT workplace is integral to addressing the issue. These are the cultivation of digital literacy, having a career strategy and having opportunities to be immersed in tech and therefore advance their careers as quickly as men (Accenture 2017, p. 3).

As this report has shown, gender diversity in the IT workplace is undoubtedly a current challenge facing IT professionals and the nation at large. However, multiple solutions and strategies to meet the challenge head on are at hand. These include, targeted curriculum, female role models, deconstructing gender stereotypes around men and women’s work and opportunities for women to become more digitally literate. After all, if IT workplaces are equally appealing to men and women, organisations have access to a larger pool of talent (Workplace Gender Equality Agency 2016) and the individual, organisation and economy all benefit.

Bernhardt, S 2014, Women in IT in the New Social Era: A Critical Evidence-Based Review of Gender Inequality and the Potential for Change, Advances in human and social aspects of technology (AHSAT) book series, Hershey.

Vivian, R 2015, A Look at IT and Engineering Enrolments in Australia, The University of Adelaide, viewed 24 March 2017, <https://blogs.adelaide.edu.au/cser/2015/07/03/a-look-at-it-and-engineering-enrolments-in-australia/>.

Since 1983 there has been more than one way to make a connection an intricate dance called a three-way handshake one way to ask for permission one way back to ensure what we have is stable another to acknowledge our transmission this is the language written from every...
Read More