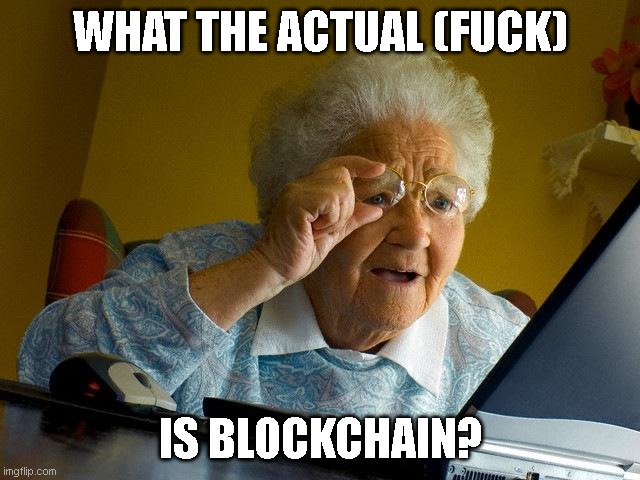 What the (bloody hell) is a hash?

A hash is a unique value created by using an algorithm (called a function) or mathematical equation to encrypt a value, such as the data on the blockchain or something as simple as a name, Brigitte.

The hashing algorithm that blockchain uses at present is SHA256 (Secure Hash Algorithm). An example of my name and the hash value associated with it is:

It’s a one-way hash which means that this hash will always represent my name when it’s hashed using SHA-256. You can check out the hash of your name by using any one of a number of SHA-256 hash generators online. At present there is no way to reverse a SHA-256 hash to get its actual inputted value, in this case Brigitte, but if you know what the input was, that’s how you can see what the outputted hash equates to.

Blockchain in practice is like using a torrent to download a show that’s about to be released on the other side of the world but not in your home country. It’s a peer to peer or device to device based version of sharing stuff without having to involve a bank or a government or a nation-state (viva la revolution) which is why it’s being hailed as the next version of the internet; internet 3.0 for those counting. It relies on what is called a distributed ledger or a series of blocks, as shown in the diagram above, that distribute a copy of every block so there is only one version of truth and every device or node on the network being used has it. It’s designed to be fast, goodbye to waiting three days for the bank to invest your money elsewhere while you wait to receive it, transparent in that you can look up any transaction on sites like Etherscan for Ethereum , and relatively secure although there have been plenty of high profile cases of coins being stolen because of dodgy code.

What do you use blockchain for?

The blockchain can be used for transferring digital currencies like Bitcoin, Ethereum or Cardano which dominates the news cycle, for utilising so-called smart contracts that execute transactions like a sale of a house without the need for a real estate agent (omfg – yes please), to identity documentation, such those given to individuals in this study in Zug, Switzerland, or as a way to provide refugees with a credit card linked to their digital identity as in this pilot program in Finland, or to provide Syrian refugees with food vouchers in this pilot run by the United Nations World Food Program.

I made the blockchain diagram above which I created for this article into an NFT (Non Fungible Token) which you can purchase here for the pricey sum of 57.50 USD or 0.019 Ethereum at Mintable.io. This was the minimum price I could set to cover the required gas fees and platform minimum price. Stay tuned for the next blog in this series called What The Actual (Fuck) is an NFT.

Cast your mind across everything you know about lesbians in history. In particular, Australian history. You might be able to name one or two lesbians, bisexuals or queer women from the 1900s, if you’re in the know. Otherwise, it’s a pretty bleak and sparse canvas,...
Read More