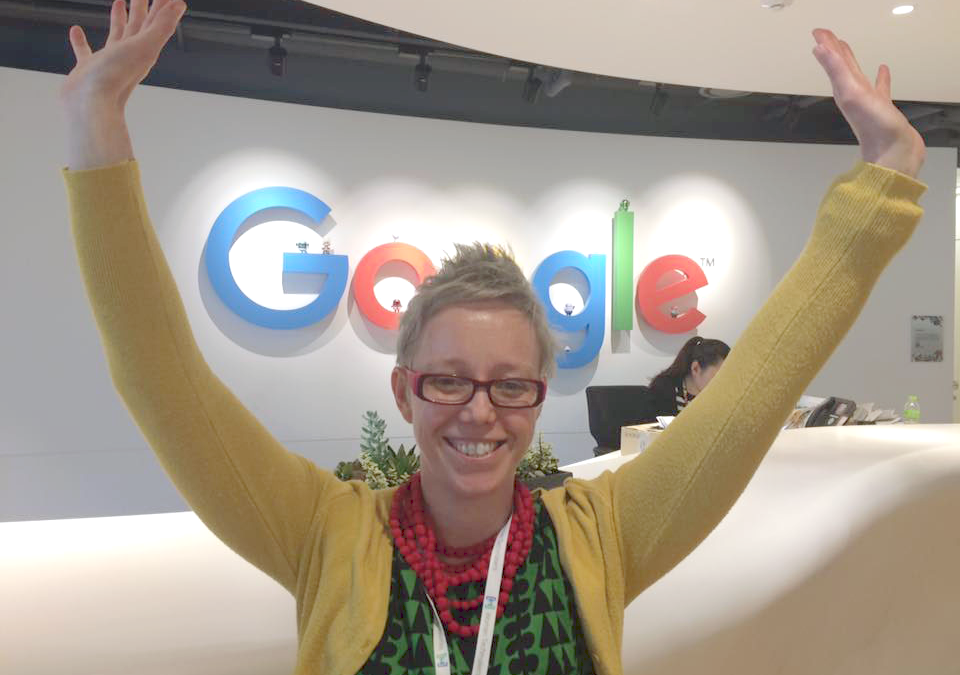 Utter the words, ‘I’m going to Google’ and a collective awe spreads across faces like seeing your favourite singer on stage for the very first time. Google has undoubtedly reached rock star status in the collective consciousness of almost anyone who has ever had the privilege of accessing the internet, and with good reason. Built in the dorm rooms of two uni kids with a dream and a motto of ‘don’t be evil’, they’ve created a powerhouse of a company with an ethos and culture to match. That’s what most of us thought until we read the now infamous Google anti-diversity memo. Three weeks after Gizmodo released it to the interwebz, I jetted off as an Asia Pacific Women Techmakers Scholar with stars in my eyes but also a bitter taste in my mouth with the echo of the old trope of women being biologically inferior to men, just as Australian Indigenous populations, Jewish people and African Americans have been thought to be at various times in our not too distant past.

The retreat which is held annually at different offices across the globe was held in South Korea for the 71 2017 Asia Pacific Scholars. It’s an all expenses paid celebration of the leadership of female students and researchers in tech, and aims to pave a way for us to become active leaders in the field of computer science. 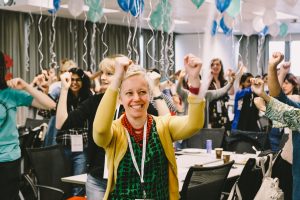 During our stay, North Korea flew a missile over Japan, my mum texted in a panic but most of us were none the wiser. It was a jam packed 4 days that began at 8:40am for a group bus ride to the office and ended with a group dinner that stretched well into the evening. It was to my delight, a celebration of diversity, passion, intense drive and a real and evident social conscience to try and change the dismal numbers of women entering into and staying in tech. Every morning began with learning the dance steps to a Korean Pop song dance routine and each day ended with a group dinner. A culture of togetherness and allegiance to the bemouth that is Google seemed to be embodied in almost everyone I met. It was writ large in their love for the organisation, their Google branded clothes and the language they used to refer their identities.

The retreat presentations were opened by a self-professed ‘Gaygler,’ a gay Google employee which was a beautiful little affirmation for my flag waving self who knows LGBTI people in South Korea are marginalised and there are few openly LGBTI public figures. Despite this, the Gayglers and their ‘Googler’ (Google employees) allies, hit the streets in a celebration during Pride. That’s what I call walking your talk. The Gaygler went on to say, the face of power is not changing and the room let out a collective nod. That diversity is the new Darwinism because diverse teams outperform non-diverse teams and create more innovation and the importance of speaking up when you see behaviour that is not quite right. Her talk set the scene for the rest of the retreat which explored calling out unconscious bias, the future of search, using Google’s BigQuery for data analytics of massive data sets, becoming the change, dealing with being the minority in a room full of men, responding to misogyny, cracking the coding interview and a slew of lighting talks on projects currently happening at Google offices across the world. 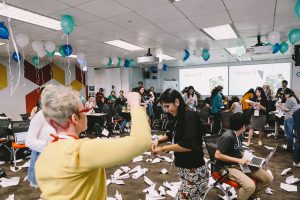 If there’s one thing that bound each and every presenter, and we witnessed them all day long over the four days, it’s passion and depth of knowledge. But most striking was the ability of each person to deliver complex technical material in simple ways that even the most tech challenged among us could digest and engage with. It is this combination of passion, tech skill, communication ability and relatability that really makes Google shine, and I didn’t expect it. I stumbled around slack-jawed for days because they made work look inspired and they spoke with a collective humbleness of people who just wanted to share what they knew and make the world a better place.

They even made their notoriously difficult coding interviews seem do-able to career changers like me. It wasn’t about doing it all alone in front of a green screen at 3am on remote control in a hoodie, sinking red bull, and frantically bashing a keyboard in a trance like state.

It was about sharing how you think, being able to speak about a problem and what you might do to address it, asking for help, and showing that you could explain a problem, not just solve it. 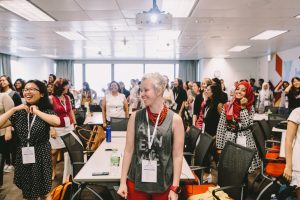 Not long after my Google experience, I attended a cyber security conference in Melbourne, where I was told that sexism doesn’t exist, the gender pay gap is a myth and we live in a meritocracy. It was a reminder of the context in which the anti-diversity memo was written and how far we have to go to make tech a truly welcoming space for women. The Google Women Techmakers Scholars program is one step toward changing the landscape.

Get in touch if you want any advice on applying to become a Google Women Techmakers Scholars this year. It’s a trip you won’t soon forget!

Apply here to become a 2018 Google Asia Pacific Scholar. For tips, on 8th August Google is running a livestream here. 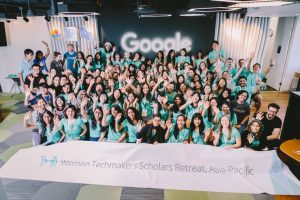